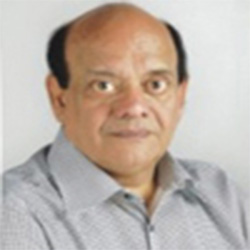 “Till one lives one should live life to the fullest, there is no point in dragging oneself along”.

A celebrate poet of Hindi, Mr. Sharma met with an accident some 15 years back. He recovered with it but his one leg became shorter than the  other which started putting lots of strain on his knees and hips. He suffered pain for many years and once surgery was suggested to him, he wanted an implant which allows him movement and if possible squatting as well (as he has to sit on the stage in most of his kavi sammelans). After an LDH implant from Zimmer in June 06 he started driving again just after the 5th day from surgery. He has no pain, walking and squatting is much easier now.